You Are Here: Home/The Best Tools For React Development (June 2020)

After you decided to proceed with React, there are many libraries that will help you to speed up the development process.

Choosing the right ones is crucial for the project's success.

To begin with, it's necessary to know exactly what is the size of the project.

Is it going to be a small one? medium? big?

The technology stack, chosen for each project size can differ. It's generally a bad idea - to install a library which provides thousands of functions just to use a few of them.

Large libraries tend to increase the application's size which leads to poorer performance.

Having that in mind, let's assume we are dealing with a medium-sized project.

First and foremost, you have to decide if you are going to use the boilerplate (provided by the React team - create-react-app or any other available) or set up the project by yourself.

Unless you are en experienced React developer, I recommend using CRA.

Creating React application using CRA is as simple as executing one command:

Where my-app is your application's name.

After the installation process completes, start the project:

Finally, the browser will open http://localhost:3000/ and the React application will be up and running: 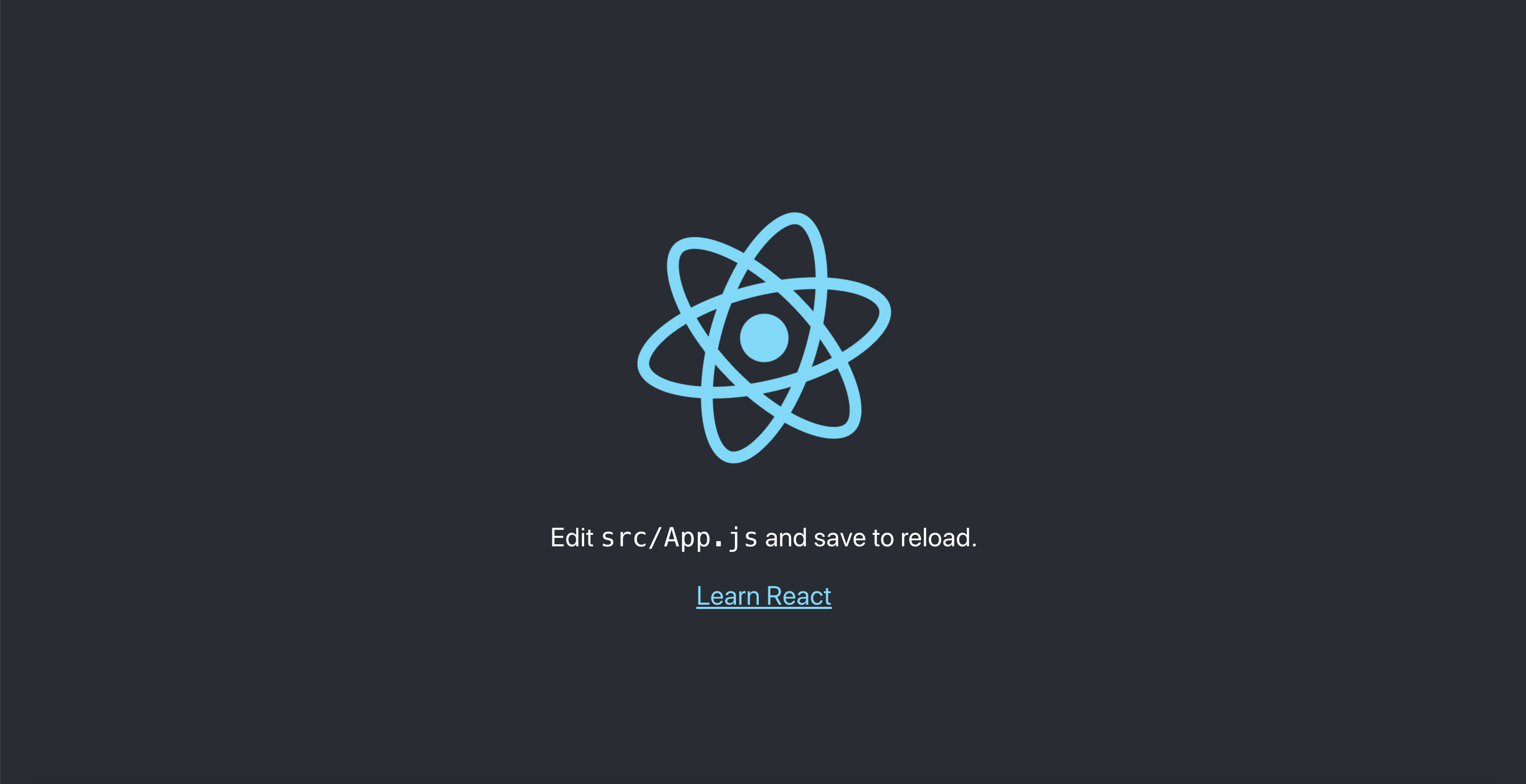 Refer to the official documentation to read more.

Typescript is a programming language developed by Microsoft, a typed superset of JavaScript which is compiled to plain JavaScript.

After setting up the project, you have to make an important decision - whether you need types in the application or not.

Generally, it's a good idea to include typescript as it gives you a lot of benefits, like enhancing code readability, allowing to catch code errors in compile-time, easier refactoring, and much, much more.

If you are using create-react-app, you can easily add typescript at the moment of creation:

Or to the existing application, built with CRA:

Styled Components is the library that enables writing of CSS in JavaScript using tagged template literals.

CSS in JavaScript is a styling technique, where you use JavaScript code to define CSS styles.

CSS in JS solves some errors, which couldn't be solved earlier due to CSS limitations:

To read the installation guide, please refer to the official documentation.

It's good practice - to cover all your components with unit tests to be sure that adding new features won't break any of the existing ones.

Jest is a JavaScript test runner, library for creating, running, and structuring tests.

If you're using CRA, jest will already be installed and configured, if not - you have to install it manually:

Read the official documentation to find out how to use it.

Enzyme is a JavaScript Testing utility for React that makes it easier to test your React Components' output. You can also manipulate, traverse, and in some ways simulate runtime given the output.

As of Enzyme 3, you will need to install Enzyme along with an Adapter corresponding to the version of React you are using. (The examples above use the adapter for React 16.).

After a successful installation, you have to configure the adapter in the global setup file. Create src/setupTests.js with the following content:

If you're using CRA, then modifying the existing file src/setupTests.js will be enough.

If not, you have to let jest know the path to this file.

Open your package.json and add a new section to it with the following content:

That's it! Now you have everything configured to write your first unit test:

The test above is just an example, it checks if the App component contains a welcome message.

Please, refer to the official documentation to read more about Enzyme.

ESLint is a tool for identifying and reporting on patterns found in ​JavaScript code, intending to make code more consistent and avoiding bugs.

It's extremely useful when there are a lot of developers working with the project, as it allows to have one centralized code style configuration.

Important note: we cover the installation process assuming that typescript is used.

To install eslint along with all necessary libraries for react, run:

After the installation, create a new file named .eslintrc in the root folder of your app and put the following content inside:

And the final step is to add 2 scripts to the package.json file:

The first script checks if all your files meet the specified criteria and throws errors in the terminal, if not.

The second one does the same job, but it also tries to fix whatever can be fixed without the developer's help.

Important note: the following scripts run eslint for all files. If you want to run it against a specific folder, replace . with the path to the folder, for example eslint src/.

Prettier is used to autoformat the code and to enforce an opinionated code formatting.

Usually, it's installed together with ESLint, which makes sure to keep my code style in a good shape.

Important note: we cover the installation process assuming that eslint is used.

To begin with, install prettier:

Having prettier installed, change .eslintrc config to include it:

Finally, create .prettierrc file in the root folder with the following content:

That's it! Provided configurations can be changed according to your needs, feel free to check the official documentation to find out more.

Take a look at the following code. Can you tell what's wrong with it?

Right, import statements look ugly, as we have to step out of the current folder 3 times to access the required components.

There's a good way to improve this - to use typescript aliases.

It's necessary to provide paths and baseUrl properties to the compilerOptions:

Now we can refactor the imports:

One more major benefit of this approach comes into play when we will refactor our components by moving them around.

We won't have to update any imports, as we would have to without using typescript aliases.

Storybook is a tool that enables developers to create components in isolation in an isolated development environment.

Any React component can be added to the storybook for showcasing purposes.

Install the tool by running:

Then add a script to the package.json:

The script above starts the storybook on port 9000.

Finally, create the main storybook file .storybook/main.js, which tells Storybook where to find the stories:

That will load all the stories underneath your ../src directory that match the pattern *.stories.tsx.

Take a look at the example story:

And see what you've just added: 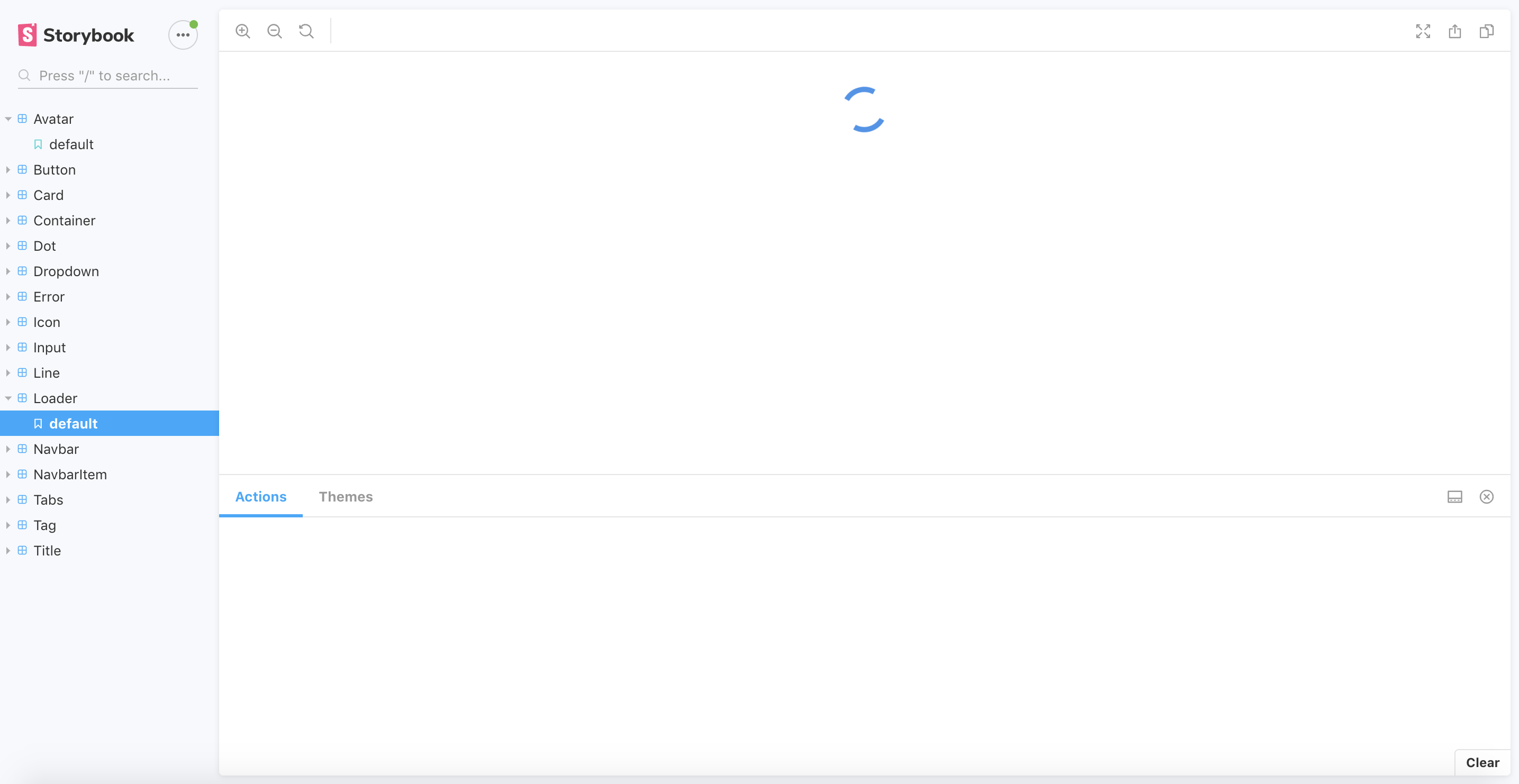 Axios - Promise based HTTP client for the browser and node.js.

To install the library, execute:

It's possible to use async/await instead of Promise. Just remember to use try ... catch block to handle errors:

Redux is a library that allows us to manage an application's state easily and predictably.

This is basically the whole idea of Redux.

Redux can be described in three fundamental principles:

That's it. Now, after you know the core concepts and three principles, you should make an important decision whether your app needs redux or not, as installing and configuring it can be an overkill for a small project.

Adding redux to the React application requires a lot of configurations, which are too heavy to be described in the current article.

Refer to the REDUX and REACT-REDUX docs to find out more.

After successful installation, add a new script to your package.json:

And, finally, run in your terminal:

When you run Cypress for the first time, it will create cypress folder, which contains all configurations along with some default test examples and cypress.json configuration file.

Finally, a new chrome window will be opened with some example tests: 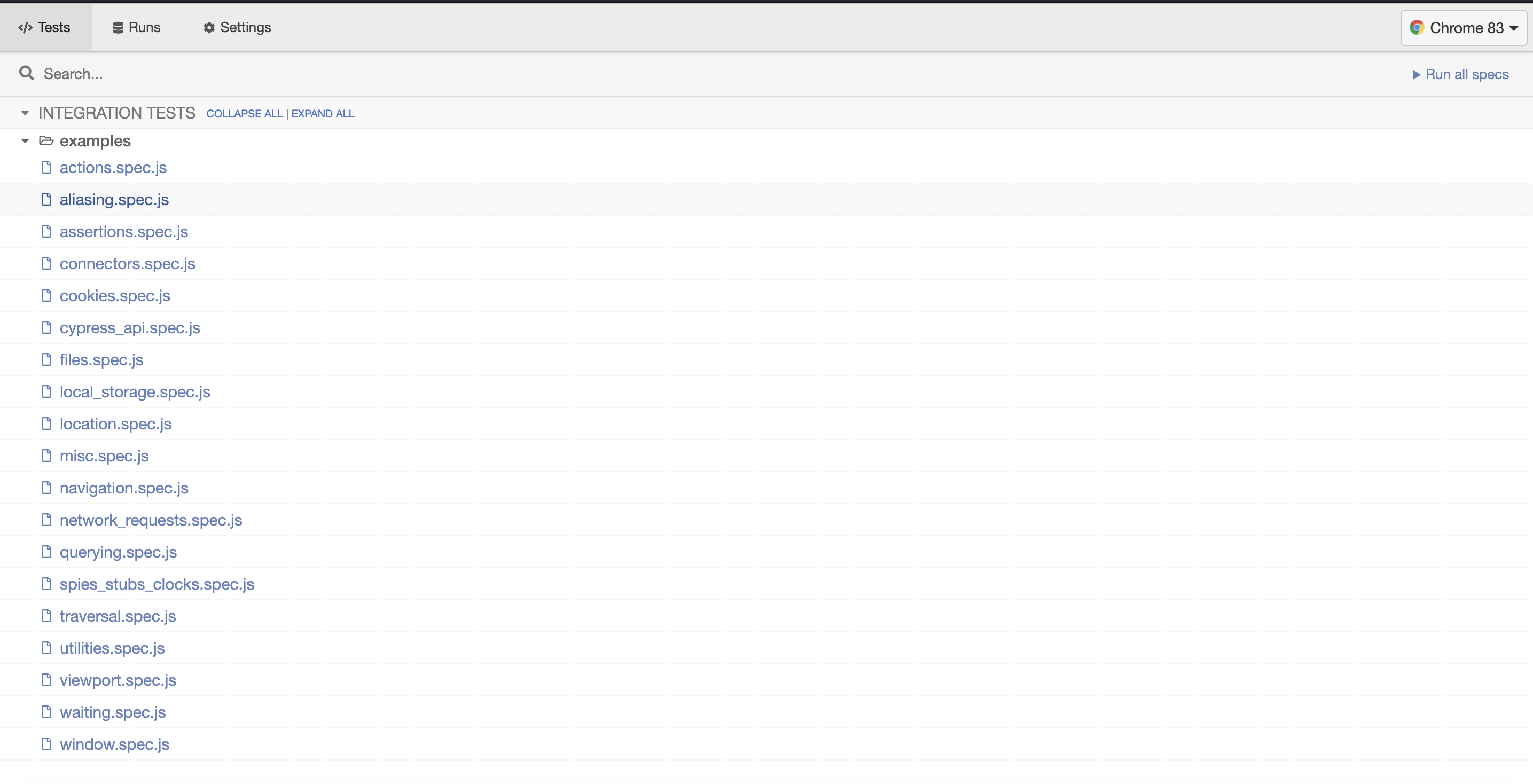 Click on Run all specs button on the right top of the browser's window to check if they all pass.

Husky is a tool that runs defined commands before git commit or push.

It can be used to execute linter or run all your tests before pushing changes to the repo, to make sure that you haven't broken anything unintentionally.

Then open your package.json and create a separate block for husky config:

Then try to commit anything or make a push to the repository and enjoy how the defined commands are being executed!

react-i18next is a powerful internationalization framework for React / React Native which is based on i18next.

It allows you to easily add multiple languages to your application.

Install it by executing:

After the installation, create src/i18n.js configuration file with the following content:

After, import this src/i18next.js to the main file of your app (usually it's src/index.js:

react-i18next provides us with useTranslation hook, which gives us access to the t function, which is used to get the translation.

Moment.js is a JavaScript library that helps in parsing, validating, manipulating, and displaying date and time in JavaScript.

It's extremely useful if your app has to display date and time in different formats, using different languages, etc, as working with Date object in JavaScript is nowhere near as good as with moment.

Install it by executing:

React has an amazing ecosystem built around the library, which is, of course, not limited to the tools, described in this article.

But these tools offer great help for developers to successfully deliver React projects.

I recommend you to try all of them and see how would they help you.

What are your favorite React libraries? Let me know in the comments below!

Newsletter
Receive all new posts directly to your e-mail
← All articles
Let me know what you think about this article
Click here to write response...
mecies
June 10, 2020
I've never heard of Moment library, sounds cool, the article is very informative and rich in content, thanks!
Tags
#JavaScript (70)
#React (54)
#Git (8)
#TypeScript (7)
#Other (4)
#Node (2)
Most Popular
Exclamation Mark In TypeScriptOpen Mobile Application From The BrowserAdd Redux Saga With TypeScript To Your React Application (January 2021)
Newsletter
Receive all new posts directly to your e-mail
React
Connect Custom GoDaddy Domain To Netlify WebsiteReact Antipatterns: Code Duplication
Interested In Collab?
Contact me and let's discuss any opportunities
Contact Me
Latest: TypeScript
Type Guards In TypeScript13 Most Used Utility Types In TypeScript
Latest: JavaScript
Write Parameterized Tests In JestHow To Validate An Email Address In JavaScript?
Like This Article?
Support me by sharing it on social media
Latest: Node.js
How To Create A Discord Bot In 5 Minutes?Post A Tweet Using Twitter API
Latest: Git
Difference Between "git add -A", "git add ." and "git add -u"How To Undo The Last Commit In Git?
Latest: Other
I Wrote 99 Articles On My BlogEnable Spell Checking With HTML Only
© 2022
by Volodymyr Hudyma